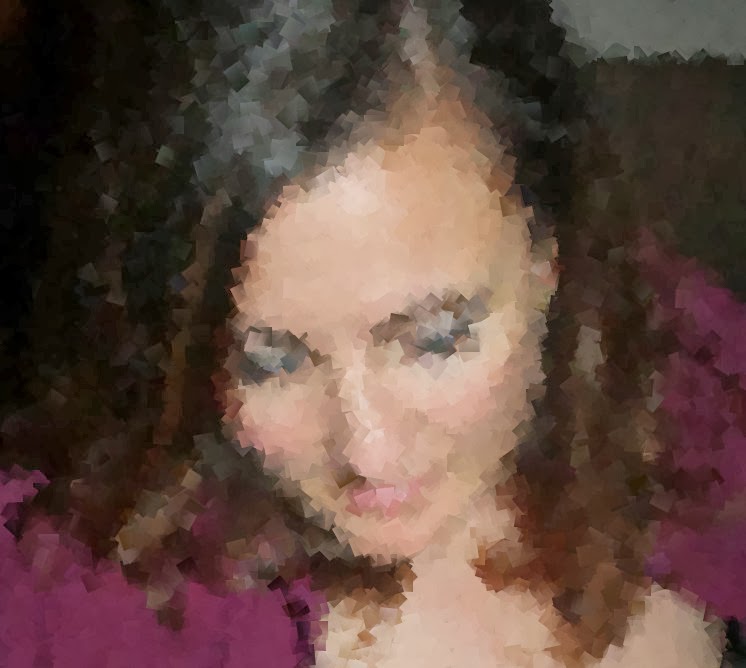 I'm pretty sure I have Prosopagnosia (a disorder of face perception), also known as Face Blindness. I've not been officially diagnosed with it, and I only have a mild form of it, but I can't remember faces that well. And I thought that was normal, that everyone was like me. Apparently not.

I didn't know this was a disorder until last year when I read about Brad Pitt in a May 2013 interview with Esquire Magazine, he said that he thinks he has face-blindness. His is pretty bad off, he can't remember people's faces at all when he walks away from them. I remember them somewhat. However, the more time that goes by I forget details. The faces just become blurry, blank, or at best a vague memory.

Had I not read that article on Brad I would never have known, and I would still be in my happy-faceless-little-world. Thanks a lot Brad. Because after I read that article, I thought, "Shit, that sounds a little like me."

Now when I can't sleep I lay in bed next to my husband and stare at him. Then I close my eyes and try to remember his face. I don't know why I do this, it's the same result every time. I see his face briefly behind closed eyes, then it starts to fade away. Then I grab onto one feature of his face and hold on to that memory. Like his nose, lips, or an eyebrow. But then I can never reassemble the whole face. So I open my eyes and look at him again trying to memorize it. It never works, and this causes me so much frustration. Again, Thanks a lot Brad!

When I go into my memory banks and try to recall a person, I have to think about the whole person. A full body shot if you will. I have more luck that way.

But I have to laugh when I think about it, I'd be a sketch artists nightmare. I'd remember everything else about the person though, but not facial details. A fat lot of good that would do.

Being this way really isn't an issue with writing, but it might explain why I don't go into major details when describing my characters. I'd never given it a lot of thought before. But no one's complained to me about it. So I might be safe there.

If I've met you, and spent more than an hour with you, once I come across you again my brain will let me know that I know you. I will recognize you, as long as I don't close my eyes we'll be okay. I might not be able to remember how I know you, or where from, but my brain will tell me that I know you. Aside from that, if you're a social media friend of mine or an acquaintance from waaay back, please don't be offended if I can't place you. Help a girl out and tell me who you are and how I know you.

To keep in touch you can usually find me on my social media sites: