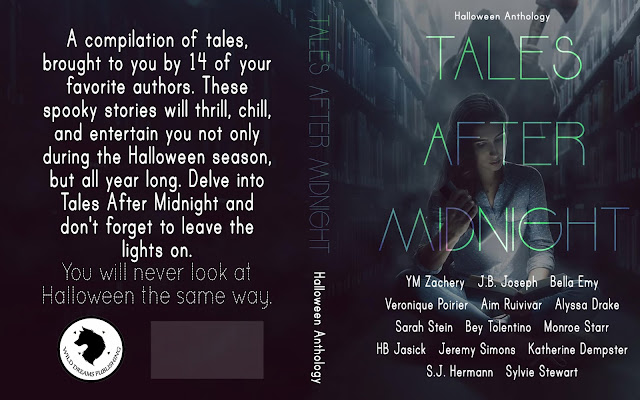 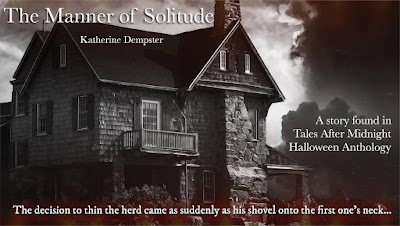 Mort just wanted to be left alone. The townsfolk didn’t seem to understand that, even after his visitors started to disappear. Death was what gave him the life that we wanted and he would do what was needed to keep his solitude. Unfortunately for Mort, his peaceful eternity in his home didn’t come as he had planned. Some people are best left alone. 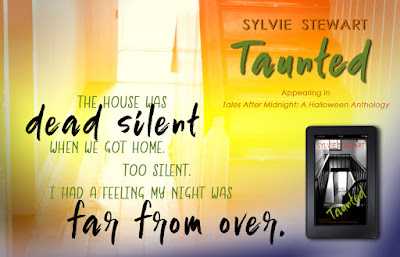 Liza is a tough-as-nails chick with a plan, and she’ll do whatever it takes to secure her future. But someone—or something—seems hell bent on interrupting her life in the most unnerving of ways. It may be the season for tricks, but they’d better watch out because Liza isn’t about to back down. 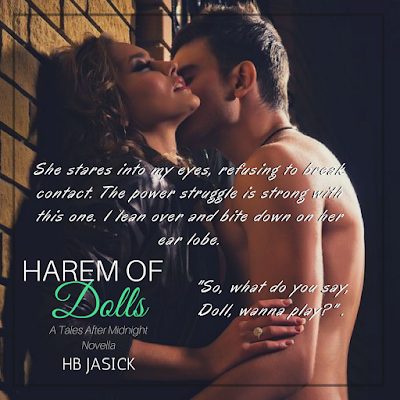 Jude Mckinley has always been a hopeful romantic, falling hard and fast every time. Consumed with passion, Jude would always risk his heart. But it never lasted! His dolls never stayed. In the end they always left, but not completely... 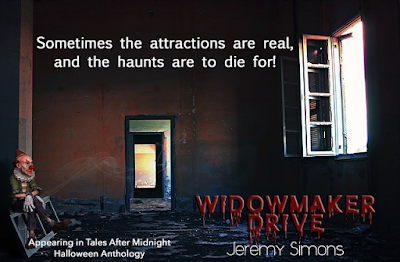 Welcome to Widowmaker Drive. You'll only find one house on this street, but it's an attraction unlike any other. Dana and her friends wanted a simple haunted house to cap off their Halloween night. From the second the greeter let them in, she knew something was wrong. Separated from her friends in mere minutes, she soon realized just how bad things could get. Sadistic clowns. Shifting hallways. Doo less rooms. This was one nightmare Dana knew she may not survive. 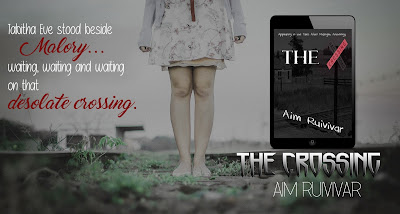 Like yearly October 31st clockwork, strangers on route a secluded town had their car break down near that crossing. Trapped in that cursed place, Malory was a fragile girl on a wheelchair under the care of her Aunt Tabitha. Hallows eve was both an affliction and a blessing for her because it was the only time she saw new people. She had secretly wanted to leave but how could she when she was stuck on that forsaken chair? Step beyond that crossing so you may see what dark fate you have. Just don’t expect that you’ll be coming back. 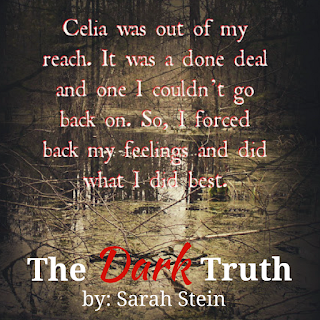 He must please his mother, or the consequences will be dire. Isaac Bourgeois is a momma’s boy who would do anything to stay on her good side even if it means giving up the woman he’s fallen madly over. Throughout the years it hasn’t been a problem that is until he meets Celia. He’s faced with a dilemma. Can he choose between his mother and his girlfriend? Every year is the same, and this one is no different. It’s their first Halloween together and just so happens to be Celia Hebert’s favorite holiday. She wants it to be flawless with decorations, matching costumes, and all their friends. But what happens when the man she’s spent the past year with gives her up to a madwoman, revealing the darkest of secrets? 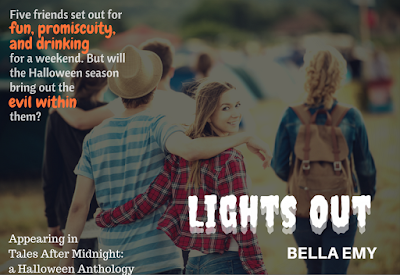 Halloween weekend. A couple of college kids get together in a deserted house in the woods for some fun, promiscuity, and drinking. To miss it would be to die for… or would it? When the lights go out, it’s time to play. 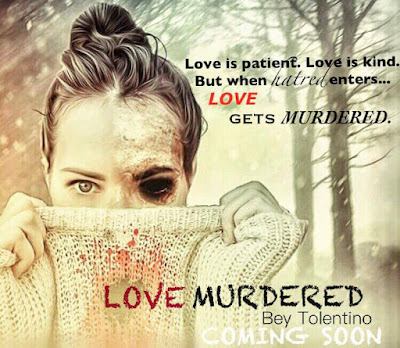 A High-Profile lawyer and a successful write were entangled with questionable murders. How would they solve these riddles, when every answered question only doubles their confusion?

I’ll Be Seein You
Alyssa Drake 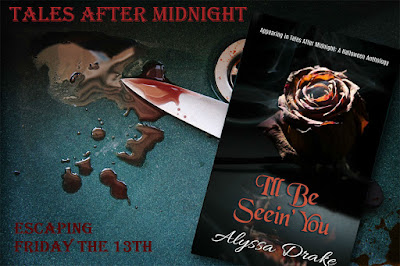 Tormented by horrendous nightmares after witnessing the horrific death of her husband, Jenny drifts through each day, a vacant shell. Two months after Walker’s death, an anonymous Halloween gift is delivered, setting into motion a chilling plan of revenge. When a disturbing phone call sends Jenny reeling, she fights to separate fantasy from reality. Is this all just an elaborately cruel prank or has Walker returned from the grave to reclaim his bride? 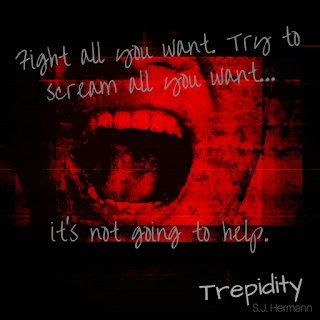 What do you get when you gather a group of friends on Halloween night? A bloodbath. All they had to do was survive until midnight to know they were safe. That's how Melissa ended the tale of Satan's Servant's. A yawn meant to add some spook on Halloween night. They didn't realize the tale she spun was not of fiction, but of reality. Concealed within one of them, an unexpected visitor picks off the helpless group one at a time, while moving from one body to the next. As the clock ticks away towards midnight, so does the trust between them. 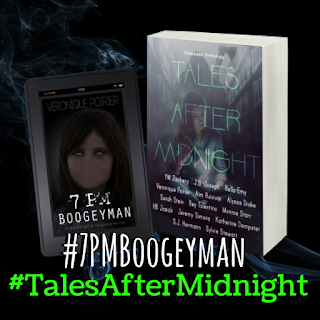 Why seven o'clock post meridiem? Cecilia has no clue. But it's what takes everything away from her...including someone she thought she didn't want around anymore. And it's what's putting her face-to-face with one tragic accident after another. It's what's bringing her closer to the edge. Will she fight back, run away...or end her life? 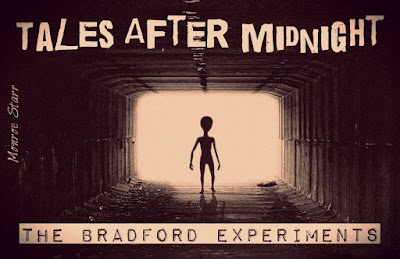 Daniel Hall is an ordinary teenager living in Bradford, Connecticut in 1985 when strange things start happening, stirring up his otherwise normal teenage existence. Follow his story as he tries to solve the disappearance of Kerri King while facing the things that go bump in the night in the small town of Bradford. 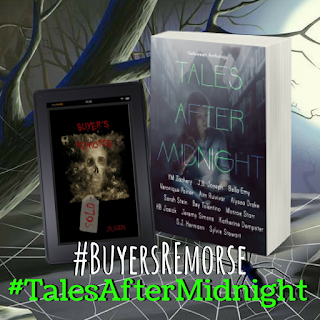 Have you ever contemplated what it would be like to get on the wrong side of a computer geek/salesman? Ever wondered what it would be like to get back at a mean boss? What happens when the tables are turned? What happens when colleagues clash? Do heads roll? Will revenge be sweet? When messy children are not controlled… will a salesman lose his cool, or will a family be saved? Meeting a carpet salesman couldn’t be more innocent, could it…? Have you ever wondered ifunderneath that friendly customer service smile there hides a dark secret? If you are rude to salespeople… watch your back and check your furniture. Deadly mistakes can happen when you look down on others… What is he hiding in the things you buy this Halloween? In Buyer’s Remorse wonder no more. 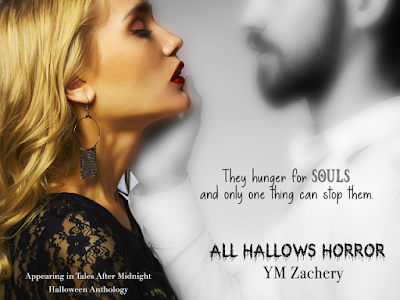 On All Hallows Eve, Sprits come out to hunt for souls; and the only thing that can appease them is treats. Tamika doesn’t realise the full extent of the truth behind this statement as she explains the ture origins of Halloween to her friend. Forgetting all about it, she heads out for a night of trick-or-treating with her brothers and her best friend and the rest of the neighbourhood. But their night soon turns from one of laughter to one of horror, when spirits rampage through the town, turning it into a bloodbath as they hunt for souls. Tamika is in a race against time not only to save herself and her loved ones, but also to prevent herself from becoming one of the very things that hunt her. Do you dare discover the real meaning behind All Hallows Eve?

*EXCERPT*
The Manor of Solitude by Katherine Dempster

When the first of them came to wipe their boots on his porch mat, knocking on his door, peering in his windows, his manners crossed his lips as he asked them to leave; never noticing the first twitch in his eye as he closed the creaking old door in their smiling faces. But as time wore on, and every Sunday afternoon another group of do-gooders pushed into his boundaries, the tight politeness of his rebuff started to crack. Just as death had breathed life into his world, new life was taking it away.

The decision to thin the herd came as suddenly as his shovel onto the first one’s neck.
*GIVEAWAY* 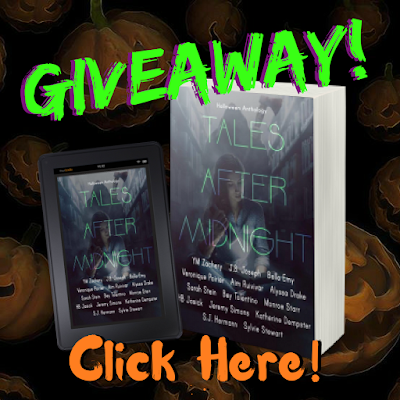