Cover Reveal: The Snake Pit - Jr High Can Be Torture, by Donna Dillon

The Snake Pit: Jr High Can be Torture is an important piece of work because of its content and subject matter. It’s not an easy, fun read, but is a book that every student, teacher and child advocate should read. Donna is very passionate to do what she can to stop bullying in the school system and MKSP has joined her in her quest.

Donna Dillon published her first book in October 2010. When Master Koda Select Publishing approached her with a publishing contract, she took the opportunity in hopes to expand her reach and build her brand.

Together, Donna and Master Koda Select Publishing will be re-releasing her first novel today with updated editing and a fresh new cover. 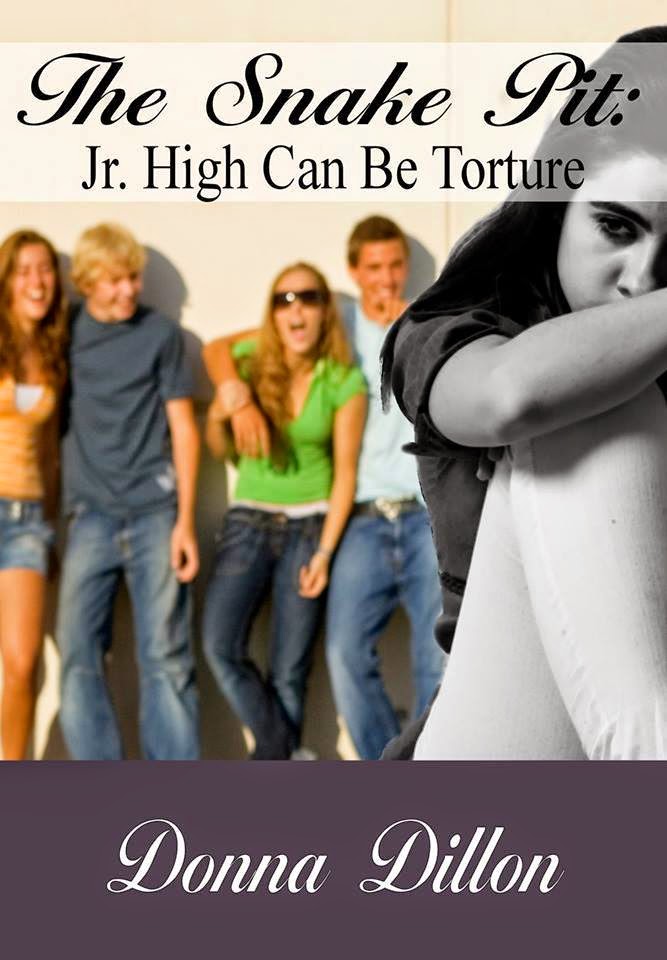 The Snake Pit: Jr. High can be Torture Synopsis:

Cinda doesn't look like other twelve-year-old girls. A facial defect, and the surgery to correct it has left her face scarred and disfigured. When she walks into Hargrove Junior High for the first time, Cinda knows the other kids won't see how smart she is, or what a good friend she could be. The other kids will see her as a monster, and her life will be torture.

The school cafeteria, or The Snake Pit, as the kids call it, is the prime location for bullying. One pretty girl in particular takes an instant dislike to Cinda. Day after day she is pushed, tripped, and laughed at. Not all the other kids bully her, but only one tries to help.

When Cinda falls victim to a vicious prank at a school dance, it sets off a series of events that will change the lives of everyone involved.

Donna, why did you write this book?

Cinda, the character in my book, The Snake Pit, was born with a cleft palate, and so was I. The things that happen in the book are fiction, but how she felt was exactly how I felt growing up. Being bullied for something you can't possibly help, or change, is horrible. I chose to turn it into something positive, but many bullied children do not. I'm 47 y ears old now. I can still hear the bullies voice in my head. But, the thing I remember the most, the thing that bothers me the most: the silence from those who just stood by and let it happen, and did nothing to stop it. That is why I wrote this book.


2. I can write as fast backwards as I can forward.


3. I once played Miss Mona is a stage production of The Best Little Whorehouse in Texas.


4. I can't breathe through my nose and I have never had a sense of smell. I can taste, though, don't ask me why, it's a mystery.


5. When I was 22 I was flown out to Hollywood and made a make-up commercial for Victoria Jackson cosmetics that you can still catch on TV late at night. I also met Johnny Depp and had my picture taken with Heavy D on that same trip.

Hello everyone! I am Donna Dillon: Author, Illustrator, and M&M connoisseur. I am the author of 5 and 1/4 books thus far. I have been writing in the young adult genre with The Snake Pit and Return to the Snake Pit which both deal with bullying in the public schools, and the children's genre with Why Did It Have to Rain Today? and My Special Christmas Child. My new book is a leap into the thriller/suspense genre so I'm anxious to finish and see how that goes.
Posted by Laci at 3:00 AM