Welcome to the 1:30PM slot for Cassia's Release Day Blitz (and giveaway)!

The breath-taking conclusion to the New York Times and USA Today bestselling Shattered Heart Series has been released TODAY; August 6, 2013.

"Sometimes letting someone go is the ultimate act of love."
Blurb:

Claire Nixon is a college student with a past full of secrets and heartbreak. She was saved once by her first love, and rock star, Chris Knight. But when she encouraged Chris to leave town to pursue his dreams, both Claire and Chris didn’t realize it would be the biggest mistake of their lives.

After a devastating year apart and thousands of miles of distance between them, Claire met sexy surfer Adam Parker. With his awful jokes and profound patience, he helped Claire pick up the shattered pieces of her broken heart for the second time.

But now Chris has returned and he is willing and determined to make Claire’s dreams come true—the same way she did for him when she let him go.

With Adam’s former girlfriend in the picture, Claire finds herself torn between the new, passionate love she shares with Adam and the love and family she shares with Chris.

Review:
*ARC provided by author for an honest review*

I'm super excited to be a part of this as I've read each installment of the Shattered Heart series. I have to admit with Bring Me Home being the last book, I'll miss Adam, Chris, Claire and the rest of the crew. For me this series has been one of those reads that stays with you well after you've read it.

I've never read a story involving a love triangle and not been more for one male than the other. Never, and I think that was a huge part of the lure for me. It was brilliant story writing. When I finished reading Pieces Of You, I was seriously torn over who I wanted Claire to be with, but in the end it's all about who she loves and belongs to heart and soul. The first two books for me were four star reads, and this final one really brings it home (no pun intended), and I've given it five stars.

The final book shows our beloved characters maturing and making decisions that change them for the rest of their lives. Cassia did a fabulous job with the characters - I felt like I knew them, and that even goes for the second hand characters, too. Emotions and the actions of the characters were true to how I think they'd be in life. The entire journey from start to end tugged at my heart strings. I'm an emotional reader, and if you are too, make sure you have tissues nearby for this final installment.

I got the feeling that Claire was hiding something from me when I took her to the UNC vs. North Carolina State football game two weeks ago. We’ve spoken on the phone a few times a week since the night I surprised her at Cora’s, but our conversations are short and weighed down by this feeling that we’re both holding back. I want to ask her when she’s going to talk about the ring I gave her and I’m sure there are things she wants to talk to me about, but instead we speak as if we haven’t explored the depths of each other physically and emotionally. Like we’re strangers.

We met at the stadium two weeks ago in Raleigh, like some kind of fucking blind date or casual lunch with a friend. The walk across the parking lot and through the stadium to our seats was excruciatingly silent. I couldn’t even bring myself to tell a joke to break the ice. Something has shifted between us and it’s more than just the stench of the sweaty guy seated in front of us.
##### 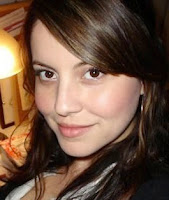 USA Today bestselling author Cassia Leo loves her coffee, chocolate, and margaritas with salt. When she's not writing, she spends way too much time watching old reruns of Friends and Sex and the City. When she's not watching reruns, she's usually enjoying the California sunshine or reading--sometimes both.

The next stop will be at 2PM on Angie's Dreamy Reads!

Enjoy & don't forget to enter the contest below! 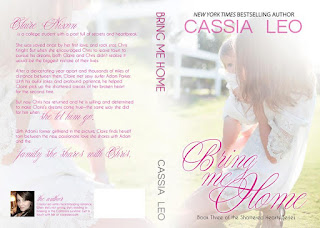