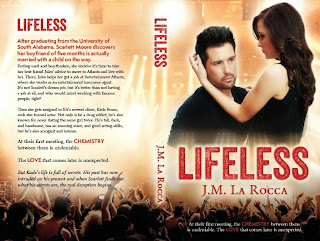 Book Description:
After graduating from the University of South Alabama, Scarlett Moore discovers her boyfriend of five months is actually married with a child on the way. Feeling used and heartbroken, she decides it’s time to take her best friend Jules’ advice to move to Atlanta and live with her. There, Jules helps her get a job at Entertainment Atlanta, where she works as an entertainment insurance agent. It’s not Scarlett’s dream job, but it’s better than not having a job at all, and who wouldn’t mind working with famous people, right?

Then she gets assigned to EA’s newest client, Kade Evans, rock star turned actor. Not only is he a drug addict, he’s also known for never dating the same girl twice. He’s tall, dark, and handsome, has an amazing voice, and good acting skills, but he’s also arrogant and intense.

At their first meeting, the chemistry between them is undeniable.

The love that comes later is unexpected.

But Kade’s life is full of secrets. His past has now intruded on his present and when Scarlett finds out what his secrets are, the real deception begins.


Author Bio:
J.M. La Rocca was born in Chicago, IL. At an early age, her family relocated to lower Alabama where she began her love for writing. She currently resides in Atlanta, GA with her husband and twin sons.

As a stay at home mom, La Rocca was able to pursue her love for writing in GA. It was always an unrealized dream to write her own book. With the encouragement of her mother, La Rocca began to set to paper her ideas for her first book.
Posted by Laci at 9:00 AM